NEW AND WORTH KNOWING

Today's Safer Internet Day was launched in 1999 in several European countries to raise users' awareness of internet safety. However, the topic of safety is highly relevant in almost all areas of the Internet. The Internet of Things (IoT) is no exception.

This article is dedicated to the topic of LoRaWAN security. Some of it can be transferred to other LPWAN technologies.

The Internet of Things phenomenon is characterized by a growing predominance of objects and instances capable of automatic data transfer and each having unique identifiers. The increased density of the IoT infrastructure is mainly due to machine-to-machine (M2M) communication, i.e. sensor systems as found in smart homes or smart cities, industrial automation processes, portable, so-called mobile computing devices, vehicle-to-vehicle communication, etc.

An analysis should not consider a single device in the field in isolation. Rather, all interfaces to gateways, applications and data storage devices, in which large amounts of data are processed and stored, must be considered systemically.

Security challenges exist in all layers of IoT architectures. The effort to reconcile data protection and the requirements of companies and societies is considerable.

An important body in this area is the association of major industry leaders, the Internet of Things Security Foundation (IoTSF). The IoTSF is a collaborative, non-commercial, international response to the complex challenges posed by an expanding and increasingly interconnected world. It achieves its goal by coordinating cooperation between companies and encouraging manufacturers to consider the security of devices and systems from the ground up. Key representatives of the IoTSF include Intel, Huawei, IBM, Thales, Secure-IC, BT, Vodafone, Imagination Technologies, Royal Holloway University of London, Glasgow Caledonian University, NMI and PenTest Partners.

A large part of the risks is mainly due to the fact that IoT devices are always on standby after commissioning. This is independent of whether they are really always connected to the network or in standby mode. They only go through an authentication process in the system at the beginning of their life cycle. This makes them very vulnerable from a security perspective.

Safety aspects are not always taken into account during product development. This is a major problem that should be addressed to the same extent as connectivity itself. Some IoT products have outdated embedded operating systems. This is not the only reason why installing system or security updates on IoT devices is a major challenge. Network nodes are usually installed outside or at the customer's site, so it is not uncommon to have a large number of scattered network nodes that are very difficult to monitor and manage.

Making settings or configurations - including security configurations - individually for each network node does not constitute a representative technical solution. The automatic initiation of these network nodes by the manufacturer is also not a particularly reliable solution. Appropriate and proven procedures must prevent updates themselves from becoming security holes.

Some security companies offer special IoT security solutions, such as hard disk encryption or the implementation of tamper-proof components. These solutions enable both advanced digital security and lifecycle management via encryption as well as access restrictions on sensitive data.

The IoT market is largely agreed on the importance of security aspects. The full benefits of new technologies should only be exploited in secure environments.

What security functions does the LoRaWAN standard include?

The LoRaWAN protocol stack is shown in Figure 1. It consists of an application layer, a MAC layer and a PHY layer. The data from the application level is transferred to the MAC user data. The MAC level creates the MAC frame from the MAC user data. The MAC user data contains a frame header (with the source and destination addresses and a frame counter), a frame port and the frame user data (with the application data). The frame port is used to determine whether the frame contains only MAC commands (if it is set to 0) or application-specific data. Finally, the PHY layer uses the MAC frame as the PHY payload, thus creating the PHY frame after the preamble, PHY header, and CRC have been inserted.

RF parameters include frequencies, power levels, modulation and the basic RF protocols. These are all included in the LoRaWAN RF or physical layer.

Figure 2: The double security levels of the LoRaWAN

A terminal device (network node) must be activated before it can communicate via the LoRaWAN network. Two activation methods are available in LoRaWAN networks: OTAA and ABP.

This OTAA method is based on the cooperation between Over-the-Air Messages for Join Requests and Join Accepts. A 64-bit DevEUI, a 64-bit AppEUI, and a 128-bit AppKey are provided for each mobile device (network node). The DevEUI is a unique, global identifier for the device that is comparable to the MAC address of a TCP/IP device. The AppKey is used to cryptographically draw the join request. The AppKey is used when the network node sends a join request message, as shown in Figure 3. The network node sends a join request message consisting of its AppEUI and DevEUI. It also sends a DevNonce - a unique, randomly generated 2-byte value that is used to prevent replay attacks.

Figure 3: The OTAA method in LoRaWAN

These three values are identified via the AppKey of the device with a 4-byte MIC (Message Integrity Code). The server only accepts join requests from devices with known DevEUI and AppEUI values and checks the MIC by matching it with the AppKey.

Figure 4: The elements of a LoRaWAN message

When the server accepts the join request, it responds to the device with a Join Accept message. The application and network servers calculate the two 128-bit keys of the network node: the Application Session Key (AppSKey) and the Network Session Key (NwkSKey). These are calculated based on values sent by the network node in the Join Request message.

Additionally, the application server generates its own nonce value: AppNonce. This is another unique, randomly generated value.

The join-accept response contains the AppNonce, a NetID and an address of the terminal device (DevAddr) together with configuration data for RF delays (RxDelay) and the channels to be used (CFList). The NetID is important for LoRaWAN class B devices. It is a 3-byte value that allows the network nodes to identify that a message has been sent by an internal network gateway. It must therefore have a unique identifier for the corresponding LoRaWAN. The address of the terminal device (DevAddr) in the join-accept response is a 32-bit identifier that is unique within the network.

It is possible to differentiate between end devices that have already joined the network by means of the device address. This allows the network and application servers to use the correct encryption and interpret the data correctly.

When data is received back, it is encrypted with the AppKey. The network node then uses the AppKey to decrypt the data and derives the AppSKey and the NwkSKey from the join-accept message using the AppNonce value.

As soon as a network node has joined a LoRaWAN - either via OTAA or ABP - all future messages are encrypted with a combination of different keys (see also Security in LoRaWAN):

The AES encryption with the key exchange implemented in the LoRaWAN according to the security measures for wireless networks according to IEEE 802.15.4 (shown in Figure 5)

The encryption mechanism implemented in the LoRaWAN standard, which is interoperable between manufacturers and network providers, thus creates confidentiality and integrity in end-to-end data transmission.

The strengths of the security functions of the LoRaWAN standard

System security in LoRaWANs is realised through a combination of technical and operational measures. At this point it should be noted that the LoRaWAN was originally developed for devices that are limited to hardware. Furthermore, most applications in the LoRaWAN receive data from distributed sensors. For typical applications the LoRaWAN is a simple, cost-efficient and secure solution.

The strengths of the security functions in the LoRaWAN consist of some best practices:

The weaknesses of the security functions of the LoRaWAN standard

Since LoRaWAN solutions are used in a wide range of systems - from home security solutions to resources for remote control and monitoring infrastructures - attacks and unauthorised use are quite possible.

Some manufacturers take a different approach: retrofitting existing safety elements. This process is not optimal if a system has many distributed components. The implementation is sensitive, complex, demanding and often cannot be carried out in a safe, timely and cost-effective manner.

The current LoRaWAN standard 1.0.x already includes a relatively high level of security. The risks and attack scenarios listed above are quite justified and should be evaluated individually for each use case. Solution approaches have already been discussed above.

In particular the join replay attacks and the downlink ACK attacks, which are still possible in the current specification 1.0.2.

For this purpose e.g. the Uplink Frame Counter (FCntUp) was included in encrypted form in confirmation messages (ACK Downlinks). With the help of this new feature, the terminal device can recognize which of its messages has been confirmed by the network server.

Further security improvements include the clear separation between network server, join server and application server and the introduction of additional keys such as NwkKey, NwkSEncKey, SNwkSIntKey, FNwkSIntKey and AppSKey. These new keys are especially important for the new Handover Roaming, which enables messages to be actively forwarded from end devices over foreign LoRaWAN networks to the home network of the end device.

Special attention was also paid to the "third party join servers" possible according to specification 1.1. These join servers are no longer managed by the operators of the network servers, but are now provided by a trusted third party. All security-relevant keys of the mobile devices are managed on the join servers and either the network server responsible for transporting the messages or the application server responsible for processing the messages is provided. A clear separation of these responsibilities prevents the network operator from reading the content (payload) of the LoRaWAN messages.

If you have specific questions on this topic, you can always contact our head of the Delivery Unit, Reimo Schaupp. 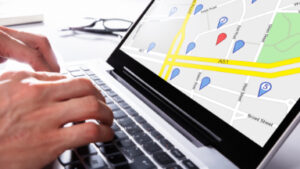 Learn how IoT asset tracking works and in which areas it can be used in our 30-minute asset tracking basics webinar. The participation is free of charge.

Firmware Over-The-Air: An important success factor for the Internet of Things

Firmware Over-The-Air, or FOTA for short, is the term used to describe the process of

The technological foundations and potential of LoRaWAN In 45 In the industry, the need for existing plants, machines, assets and In the 30-minute webinar "LPWAN & LoRaWAN for Logistics" you will learn about application scenarios, sensor technology and components for a complete solution.

Learn how IoT asset tracking works and in which areas it can be used in our 30-minute asset tracking basics webinar. The participation is free of charge.